Secret of Why Wine is Good for Health: Unveiled

Wine, some of us are expert in terms of wines, some just enjoys drinking wine, but what’s clear is that WINE IS GOOD and we love wine! Who doesn’t?

On the other hand, It is unlikely that much of us have become aware of resveratrol, a compound discovered in red wine and, for that reason, in grapes (although also in other plants such as cocoa) that has actually been connected to a series of results useful to health, such as lowering the threat of age-related diseases.

Now, after many years of research, a group of scientists from the Scripps Research Institute in La Jolla, California (USA) has unveiled the best-kept secret of this substance: the reason that it is so beneficial for health is due to the fact that resveratrol stimulates a tension response gene that triggers a series of genes that secure the body from infections and even ultraviolet radiation.

“This stress response represents a stage in biology that we had ignored, and it seems that resveratrol activates it in concentrations much lower than those used in previous studies,” explains Paul Schimmel, the study’s co-author of Nature.

How resveratrol produced its positive effect on our body was a mystery until now. To reach its conclusion, the researchers analyzed an ancient family of enzymes, the Arlt synthetases, which are mainly concerned with translating genetic material into the building blocks of amino acids that later form proteins, discovering that resveratrol in the process acted as a tyrosine mimic (one of the 20 amino acids that form proteins).

According to the scientists, resveratrol adheres to the PARP-1 protein, activating it and generating a stress response factor and DNA repair. This theory was tested in an experiment with mice injected with the resveratrol compound. The activation of this protein produced in the mice the activation of several protective genes of the organism such as the p53 gene (tumor suppressor gene) or the genes of longevity (FOXO3A and SIRT6), with which wine has always been associated, or more specifically, resveratrol.

“With these results, it is more than possible that the moderate consumption of a couple of glasses of red wine (rich in resveratrol) would provide a person with enough resveratrol to cause a protective effect through this route”, explains Mathew Sajish, leader of the study.

“We believe that this is just the tip of the iceberg. We think there are much more amino acid mimics out there that can have beneficial effects like resveratrol in humans, “explains Paul Schimmel. 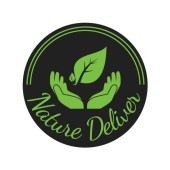 The Benefits of Ginger to Our Health